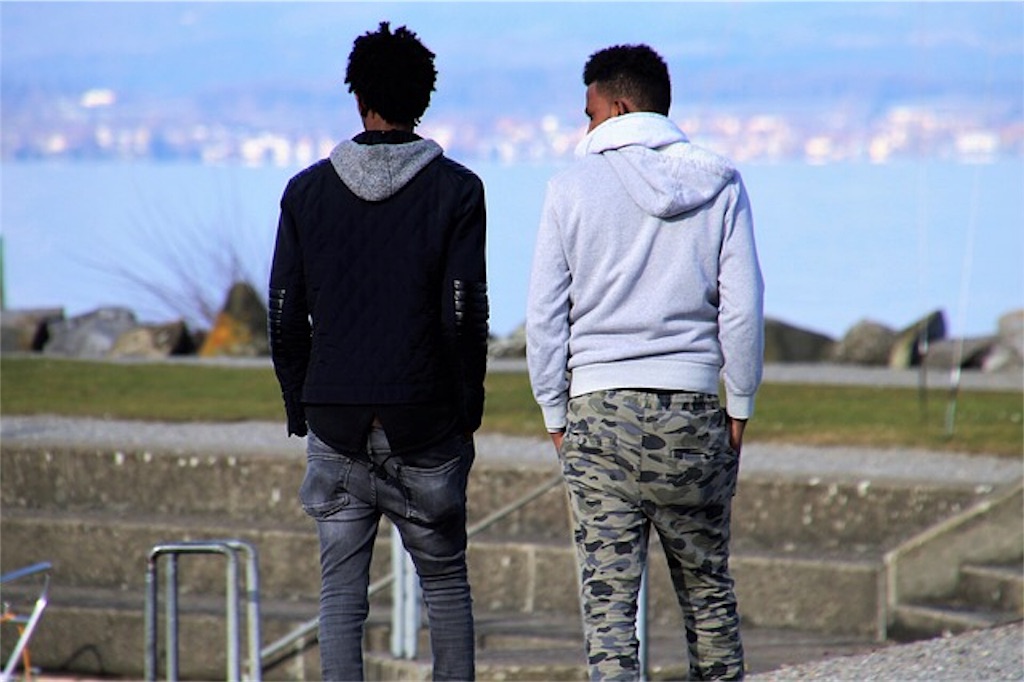 In my 1st post, I explained that I was married to an American for several years.  My only son is bi-racial with half Japanese and half African American. He has a dreadlocks-like hair and light dark skin.

When he was born, we gave him an American name, "Michael" or "マイケル" in Japanese writing in katakana.

But since preschool years, he has been unable to accept himself as being a half-American.

He doesn't like his own name, "Michael" and he gets angry when his friends ridicule him by calling him "Michael Jackson."

Since preschool years, he has wanted to change his name to Japanese one such as "Hiroshi" "Takashi," etc.

But I'm afraid such Japanese names wouldn't fit to his obviously foreign-looking physical appearances at all.

He also keeps saying that he wants to make his hair straight.

But I'm afraid straight hairstyle wouldn't fit to his physical appearances at all, either. Instead, dreadlocks-like hairstyle fits to him perfectly.

However, he insists that he wants to be a 100% Japanese.

But he stopped speaking English since his preschool year, and when his mama and papa got divorced.

The reason he stopped speaking English was not only because of our divorce. It seems that he believes that you must be a 100% Japanese to be a proper person.

Why does my son dislike America, one of his own nationalities? Why doesn't he like  English, which should be half of his mother tongue? Why he wants to be a 100% Japanese so badly?

That's because his friends ridiculed him for being different. He hasn't been bullied, but he has been ridiculed for having a dreadlock-like hair and dark skin, that is not at all Japanese.

Bi-racial children like him are not the only ones who experienced such ridicule.

Even a Japanese person would be ridiculed or even bullied if he or she has an unusual name or naturally curly hair, which is not like a typical Japanese.

Being Bi-Racial Is Cool

I explained to my son that his friends ridiculed him just because they were still too young to accept and understand what was different.

When he becomes a high school, or university student, his friends would even admire him for being bi-racial or being half-American. It is cool to have both American and Japanese nationalities.

However, no matter how many times I've explained this to him, he won't change his belief that you must be a 100% Japanese.

You Have to be The Same as Everyone Else?

Japanese society is indeed a society where everyone is trying to be the same, although it is changing little by little.

It is deep-rooted and it is shared by all. Children who are naive have such tendencies most strongly and they express their feelings toward something different most directly.

Gradually as they grow older, they would acknowledge the difference and the diversity of people around them.

I believe that I just have to wait until my son himself notices that, to be bi-racial is not a bad thing, probably by having more positive experiences given by friends around him in high school, university, or society.

The old saying is probably correct:

"You can lead a horse to water, but you cannot make him drink."